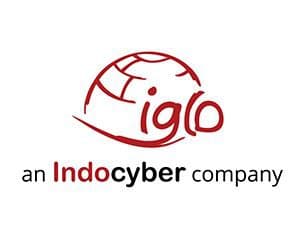 Singapore / 11 February 2021 – Singapore Exchange-listed company OIO Holdings Limited (“OIO”) is pleased to announce a new project with Indocyber Global Teknologi (“Indocyber”) to digitize academic certificates in Indonesia on the blockchain. Under the 6-month consulting contract with Indocyber, OIO will work on enabling users to authenticate their academic track record such as educational transcripts, or professional qualifications. The tamper-resistance of blockchain technology can help to counter the proliferation of forged educational certificates in Asia.

The Rise of the Fake Degrees

Traditional physical certificates suffer from two problems: they are highly susceptible to forgery, and can easily be lost or damaged which incurs hefty replacement fees. Like with anything of value, degrees from reputable universities can often be worth a fortune on the black market. While they cannot be used to buy goods in a store, they certainly act as currency in the job markets. But while central banks have invested heavily in tamper-resistant technologies to foil banknote forgers, schools have been far less active in preventing the debasement of their degree certificates.

In Malaysia for instance, fake degrees are rampant because companies have poor background checks for new hires. In a report by The Star, around 1 in 20 job applicants enter companies using fake qualifications, while 1 in 10 applicants had questionable credentials from unaccredited academic institutions. Fraud investigation firm Akhbar & Associates discovered that between 5% to 7% of the people investigated had fake degrees, while 10% to 15% had degrees from unaccredited universities [1].  This poses a serious problem for educational institutions and employers. It undermines their legitimacy and reputation and also robs genuine candidates of opportunities for further education or employment [2].

OIO and Indocyber will work together on developing a blockchain-based platform for securing and validating tamper-resistant digital academic certificates. The platform will use the Hyperledger Besu protocol hosted on a third-party cloud platform.

The platform stands to benefit the different stakeholders involved: educational institutions, students and employers. Educational institutions can benefit from the reduced amount of time and manpower devoted to verifying third party authentication requests. Students can also easily retrieve their qualifications for job applications without having to worry about costly replacement fees for lost or damaged paper certificates. For instance, replacement fees for physical academic certificates from tertiary institutions in Singapore can cost up to SGD100 or USD72 [3]. Furthermore, employers can easily use the platform to authenticate of the certificates of prospective applicants and sift the forgeries from genuine educational certificates [4].

“Educational fraud is on the rise, and it unfairly degrades the value of higher education. Fortunately, blockchain has the potential to revolutionize the process of authenticating qualifications and prevent certificate forgers from poisoning the well. This blockchain solution can also encourage cross-border hiring and reduce the burden of verification on employers.”

Comments from Hendra, Head of Blockchain of Indocyber Global Teknologi

“It is my pleasure to work with OIO to enhance our business with their blockchain solutions. We expect that the solution will be implemented widely in Indonesia and numerous stakeholders can benefit from a world where document management is simple and secure.”

Starting from winning Finhacks 2019 through blockchain innovation by our team, 2nd place in the Interbank Settlements & Payments category. The solution offered is the Bank Guarantee application system by implementing Blockchain technology. After that Indocyber wanted to expand to a wider area of business. Indocyber has implemented blockchain technology in Linkdataku, an education & professional records.

Indocyber’s vision is to be a reputable nation-wide integrated, IT Professional Services and Digital Marketing Solution.

OIO Holdings Limited (“OIO“) is a Singapore Exchange-listed firm whose core businesses are the provision of mechanical and electrical (“M&E“) engineering services, and blockchain-related agency and consulting solution services. Over the years, OIO has developed extensive expertise as an M&E engineering service and solution provider. It has built up a strong network with well-established customers who are often engaged in luxury resorts or well-known projects in Singapore and the region such as Sengkang General Hospital and Sheraton Towers Singapore Hotel.

[2] The Conversation. 2019. Fake Qualifications Are On The Rise. How Universities Can Manage The Risk. [online] Available at: https://theconversation.com/fake-qualifications-are-on-the-rise-how-universities-can-manage-the-risk-109962 [Accessed 25 November 2020].